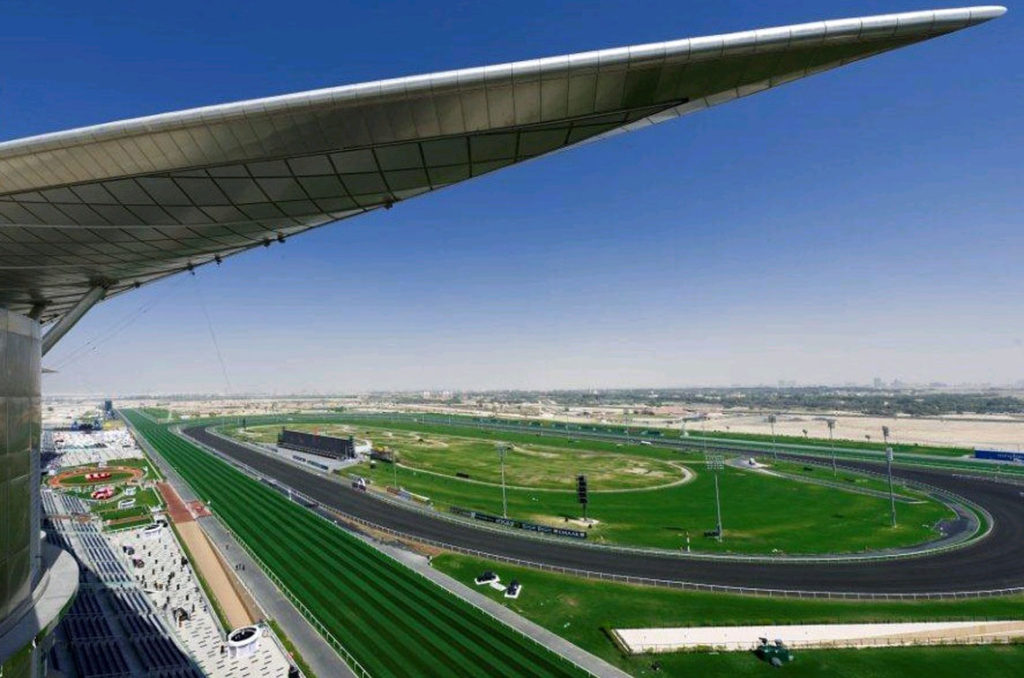 The Dubai World Cup Carnival, worth US$12.74 m in prize money across 10 race meetings, runs from January to March every year and is a season of high-class international race days contested by the most high-profile owners, trainers, horses and jockeys in the world. It runs alongside the domestic Racing at Meydan season.

DUBAI (July 24, 2019)—The 2020 Dubai World Cup Carnival programme has been announced by Dubai Racing Club and will take place at Meydan Racecourse over 10 weeks, including nine consecutive Thursday evenings, January 2—February 27, before culminating with the Super Saturday card on March 7. A dress rehearsal for the $35 million Dubai World Cup meeting—the world’s richest race day—Super Saturday will feature seven course and distance preps. The total prize money for the 10 nights of the 2020 DWC Carnival is $12,740,000 and the 2019 renewal saw horses from Australia, Denmark, France, Ireland, South Korea, Sweden, Turkey, UK and USA ship in to win or place in its races.

An historic 25th edition of Dubai World Cup day will be staged three weeks after the DWC Carnival on March 28 and is topped by the world’s richest race, the $12 million Dubai World Cup sponsored by Emirates Airline (Group 1).

The $350,000 Dubai City of Gold (Group 2) over 2410m on turf, which has produced Dubai World Cup night winners the past two seasons, will receive a $50,000 increase in purse, which raises Super Saturday to $2.7 million in total prize money. The 2019 Super Saturday card produced three of the nine Dubai World Cup night winners, including Thunder Snow, who contested the $600,000 Al Maktoum Challenge Round 3 (Group 1).

The $250,000 Singspiel Stakes (Group 2), won the last two seasons by subsequent Group 1 winners, receives an increase in purse and upgrade in status, while six $175,000 turf handicaps have been upgraded to Listed status (base rating of 95) and each complement a natural flow of divisional races within the DWC Carnival.

The Dubai Racing Club Classic will be contested over 2410m on opening night, January 2, and will naturally lead into the aforementioned Dubai City of Gold. On the same evening, the 1400m Meydan Challenge naturally leads to the $250,000 Al Fahidi Fort (Group 2)—a race that has produced multiple Dubai World Cup night winners—three weeks later. The 2000m Zabeel Turf on January 16 will feed naturally into the $200,000 Dubai Millennium (Group 3) on February 20, while the 1000m Dubai Dash is a prep for the $250,000 Meydan Sprint (Group 2) on February 20—a race the world’s current co-top-rated sprinter, Blue Point, contested the last two seasons. Turf sprinters looking for an extra furlong have an option two weeks later on February 6, the Dubai Sprint over 1200m, which preps for Super Saturday’s $350,000 Nad Al Sheba Turf Sprint (Group 3). Lastly, the Meydan Cup on January 30 over the marathon 2810m distance will be a launching point for stayers looking to contest the $300,000 Nad Al Sheba Trophy (Group 3) on February 27. 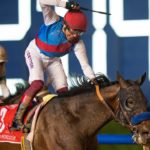 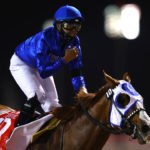 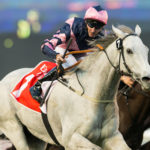 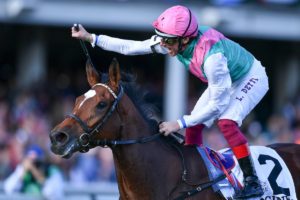 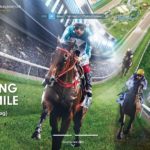